The Gediz River Basin (GRB) is one of the largest watersheds out of 25 major watersheds in Turkey and it is also known as one of the most water-stressed river basins in Turkey. It is located in the Aegean region of Western Turkey between 26° 42' - 29° 45' eastern longitude and 38° 04' - 39° 13' northern latitude coordinates. The GRB has a drainage area of 17034 km2 and it covers about 2.2% of Turkey’s total land area. The GRB is named after its main river reach, the Gediz River, which has a length of about 400 km. The river originates from various major springs that are located in Mount Murat in the northeast of the basin and Mount Bozdağ at an elevation of about 2000 m. Snowpack occurrence and snowmelt processes can only be observed in the upstream parts.  The river flows through various morphological settings and fertile agricultural lands, eventually discharging to the Aegean Sea. The basin exhibits a typical Mediterranean climate with hot, dry summers and cool, rainy winters. The long-term mean annual temperature is 15.0 °C and basin-averaged total precipitation is 524 mm, respectively (SYGM, 2017). Total annual precipitation ranges from 420 mm to 672 mm depending on the location in the basin. Most precipitation is typically observed in January and February, whereas July and August are the driest months. The basin-averaged relative humidity is measured as 64 %. A topographical map of the GRB is shown in Fig. 1. 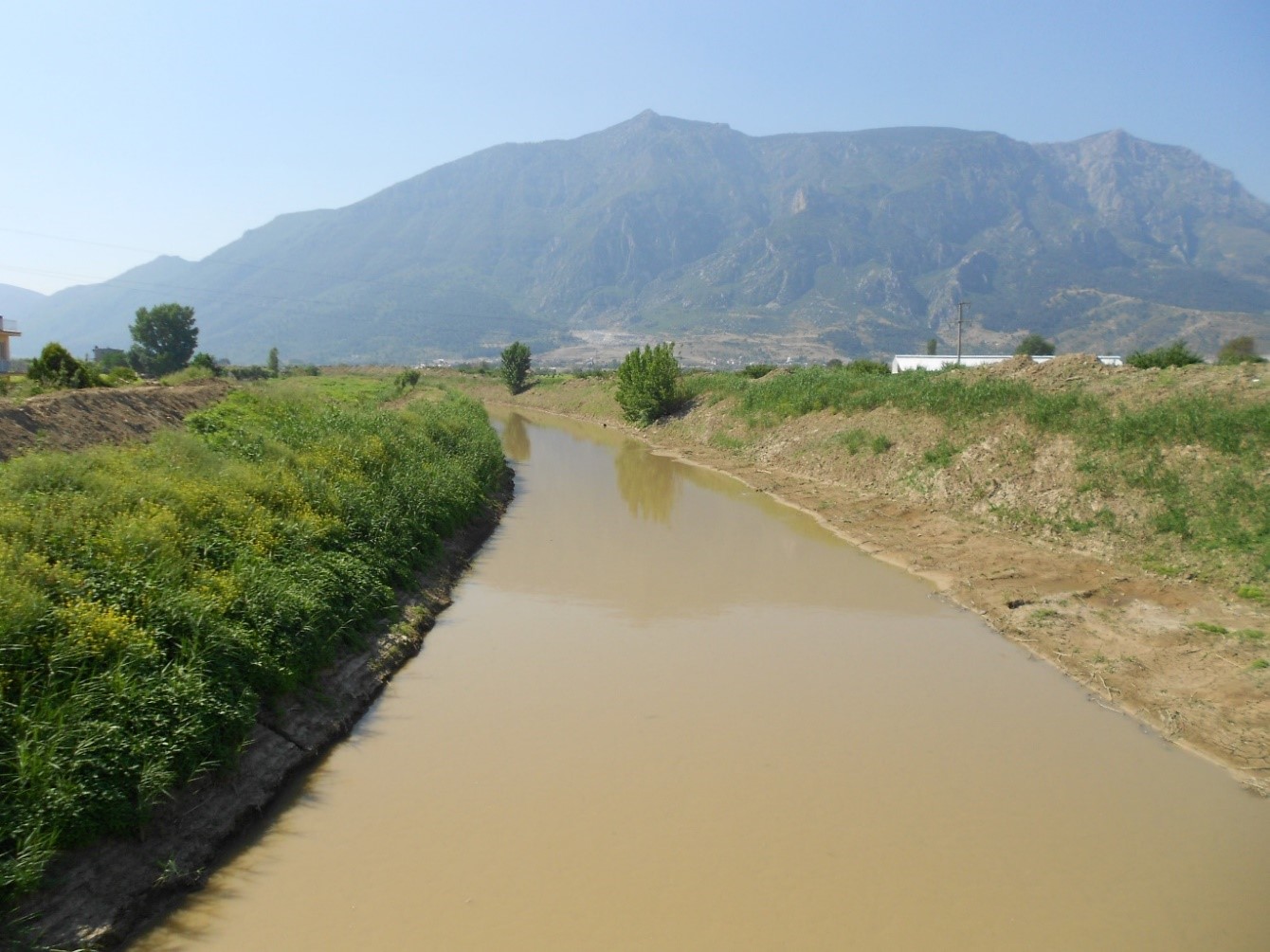 Figure 2. A view of Mount Nif and Nif Stream, one of the tributaries of the Gediz River (photo by Alper Elçi, 2015)

Land Use and Economic Activities

As of 2016, 1.34 million people live in towns and cities; 483 thousand people live in rural areas within the boundaries of the GRB. The main economical activities are agriculture, animal husbandry, food industry, textile industry, geothermal energy production, and mining. All of these activities contribute to environmental problems, combined with natural factors to exert pressures on both quantity and quality of groundwater resources in the basin. 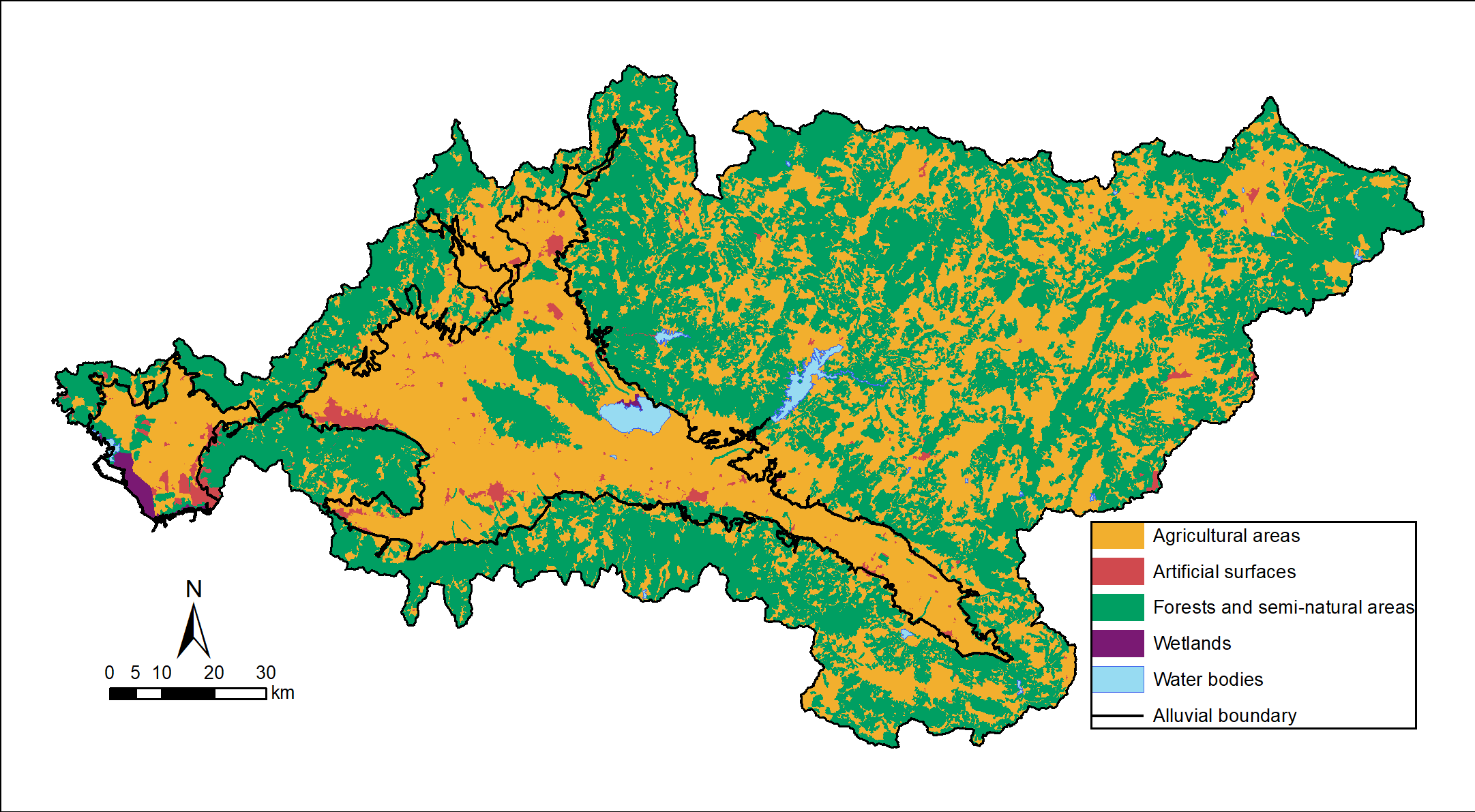 Figure 3. Land use map of the GRB and the boundaries of the alluvial aquifer.

Hydrogeology of the GRB is classified as 76 groundwater bodies consisting of different lithological units which are mainly sedimentary units such as clay, sand, and gravel; karstic rocks such as limestones and marbles; fractured volcanic rocks and other types of rocks such as sandstone, shale, schist, and gneiss. Sedimentary units with extensive and abundant groundwater are mainly formed by alluvial deposits. These units are referred to as the alluvial aquifer of the GRB or the Gediz Plain Aquifer, which is developed mostly in the WNW-ESE directional Gediz graben area. The GRB alluvial aquifer constitutes a significant share of the total groundwater potential in the basin.

Hydraulic conductivities (K) display a wide range of values depending on whether the well is drilled in Neogene sedimentary rocks (flysch, sandstone, and claystone), alluvial sediments (gravel, sand, and silt) or karstic formations (limestones). The observed range of K values for selected wells is reported as 0.05 to 8 m/d. 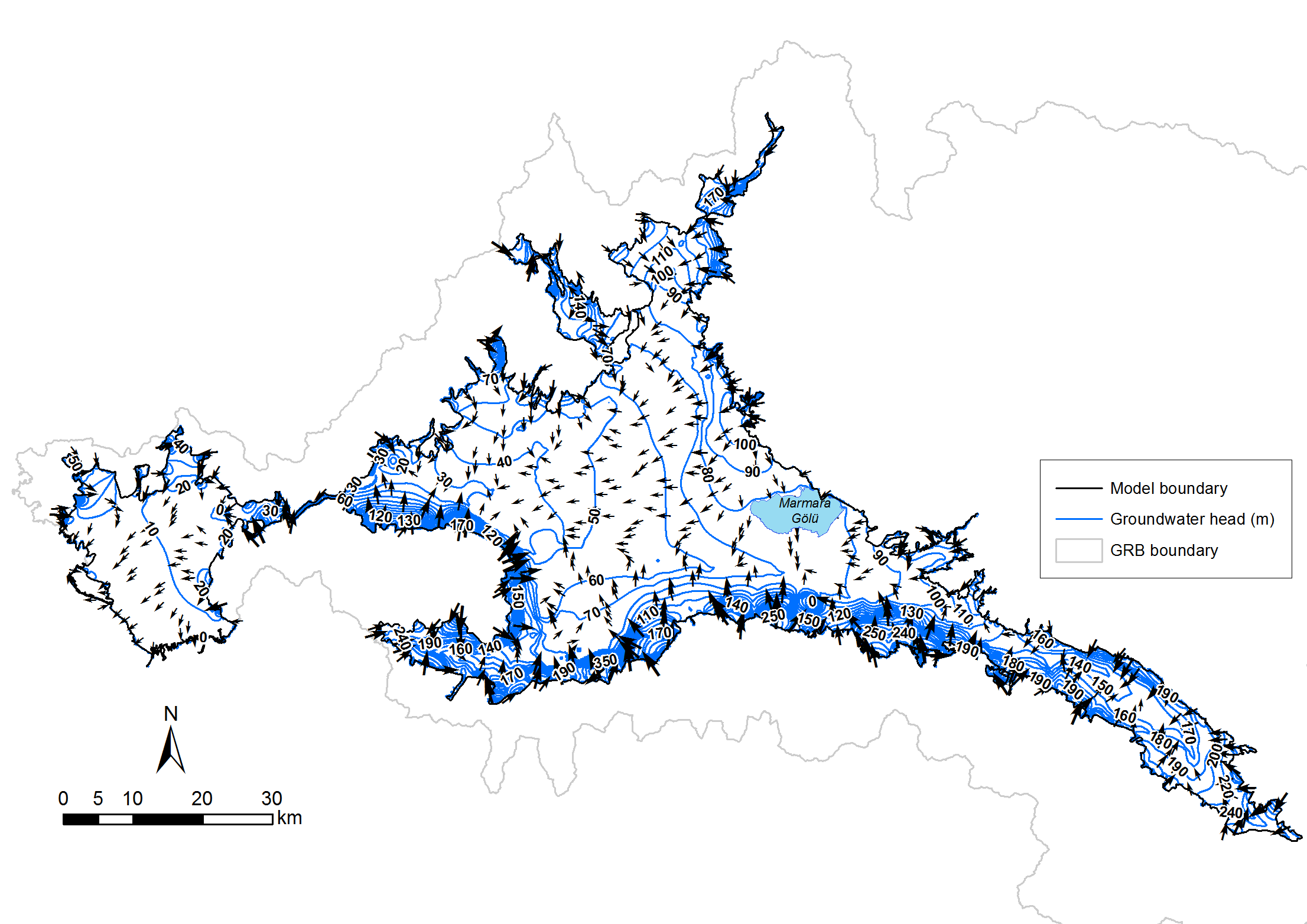 Over-abstraction of groundwater from thousands of pumping wells caused steady declines of groundwater reserves in the GRB. An analysis of measurements from wells with long time series of monitoring data reveals that there is a decreasing trend in piezometric heads for the vast majority of wells. The average rate of the decrease in head varies between 9.9 and 152.2 cm per year. Fig. 5 illustrates the decreasing trends in the piezometric head at two selected monitoring well in the GRB alluvial aquifer.